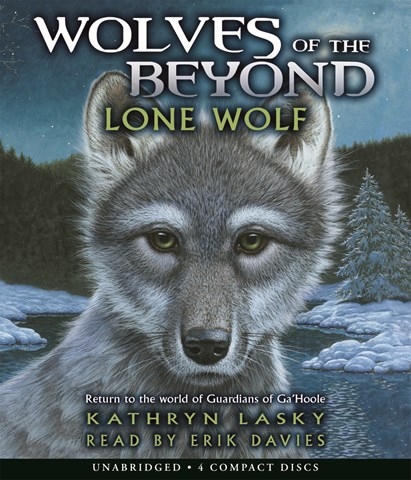 LONE WOLF Wolves of the Beyond

Erik Davies seems to be confiding secrets to the listener in his intimate reading of LONE WOLF, the first entry in Lasky’s new series. Her popular GUARDIANS OF GA’HOOLE series, featuring owls, got the big-screen 3-D treatment just this fall. Davies brings a skillful storyteller's appeal to this tale of a wolf cub raised by a grizzly bear and befriended by (what else?) an owl. But the work itself is an oddly flat introduction, almost like a book-long prologue meant to fill in the story’s mythos and history before actually getting to the fun stuff. It's hard not to wish, after the pup Faolon's early escape from death, that this wolf with a twisted paw would stop chasing his philosophical tail and get on with it. M.M.C. © AudioFile 2010, Portland, Maine [Published: OCTOBER 2010]