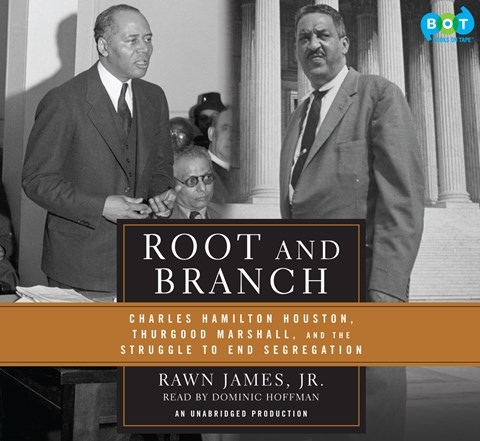 The landmark civil rights case Brown vs. Board of Education didn't just magically appear before the Supreme Court. It was the result of decades of careful legal work and numerous cases. This book chronicles that struggle and profiles two of its most powerful advocates, Justices Houston and Marshall. For all its legal history, though, the book is accessible to lay readers. Dominic Hoffman offers a solid narration that captures the eloquence of the people profiled. He offers just the right tones: incredulity when describing the strained, illogical defenses for continued segregation and outrage over violence and injustice. His pacing is good, although on occasion it's slightly too measured. Overall, though, his voice exactly suits the material. R.C.G. © AudioFile 2010, Portland, Maine [Published: MAY 2010]