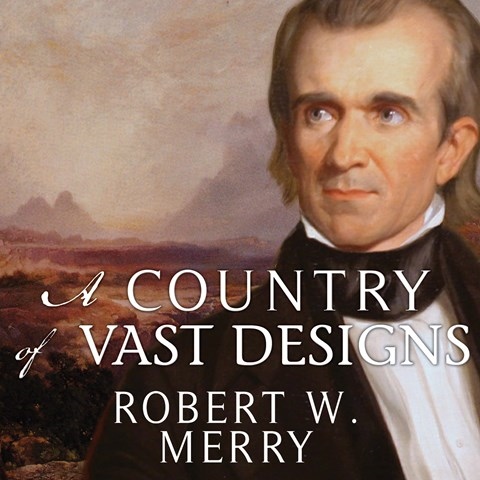 A COUNTRY OF VAST DESIGNS James K. Polk, the Mexican War and the Conquest of the American Continent

Robert Merry sheds light on that often-overlooked four years of American history during which the country doubled in size, Andrew Jackson's world came to an abrupt end, and the seeds of the Civil War were sown. Merry seeks to help us understand the enigmatic, socially inept, and almost impossibly successful one-term president who presided over it all. Michael Prichard's authoritative baritone presents James Polk's complex story with extraordinary clarity. This is not a history of frontiers, mountain men, and soldiers, but a history of politicians, generals, and political journalists—a link between John Meacham's AMERICAN LION and Doris Kearns Goodwin's TEAM OF RIVALS. As delivered by Prichard, the accounts are personal, without any tone of gossip, and the characters are vivid enough for a listener to remember. F.C. © AudioFile 2010, Portland, Maine [Published: SEPTEMBER 2010]