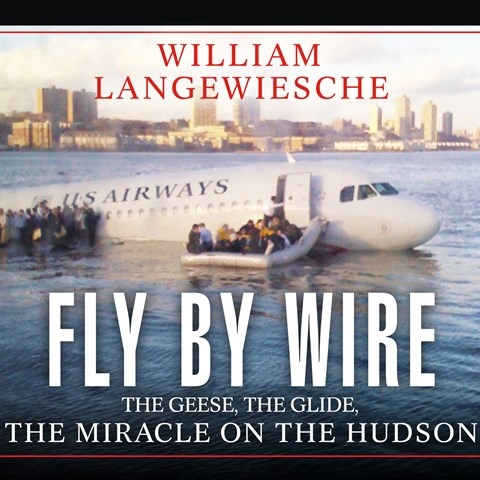 FLY BY WIRE The Geese, the Glide, the "Miracle" on the Hudson

Flying "by wire" refers to relegating the control of an airplane to its computers. Captain Chesley “Sully” Sullenberger's successful landing of an Airbus on the Hudson River in January of 2009 after losing all engine thrust showcases the electronic safety built into new passenger planes. Suspense waxes and wanes as the story of that brief flight becomes interrupted by detours to related information. With inflection and timing, narrator David Drummond turns the playbacks of other less fortunate flights into thrilling nail-biters. His delivery of the dialogue spoken during government investigations and between crew members during critical moments imparts a clear separation of speakers. At first, Drummond seems as unadorned and American as they come, but he takes some hilarious liberties with British accents in his renditions of background episodes. J.A.H. © AudioFile 2010, Portland, Maine [Published: JANUARY 2010]