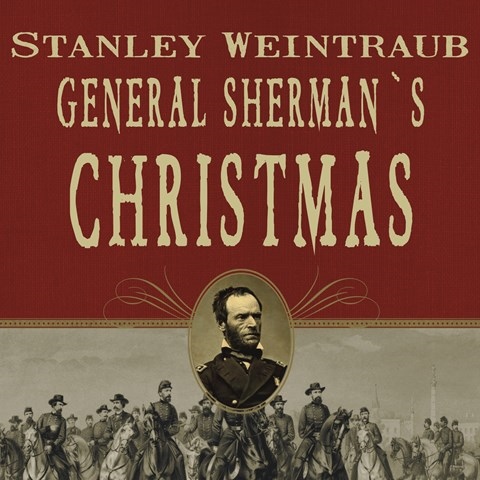 This work of popular history is a splendid account of William T. Sherman’s “March to the Sea” during the Civil War. Famous to Northerners and infamous to Southerners, the march and subsequent capture of Savannah took place in November-December 1864, just before Christmas. Narrator Ed Sala’s easygoing style helps moderate Weintraub’s descriptions of the cost to civilians and soldiers alike as Sherman’s Army looted and burned its way from Atlanta to Savannah, while pursued by Confederate troops who did the same. Sala’s Midwestern accent and almost-conversational delivery help listeners imagine themselves living this moment in history. M.T.F. © AudioFile 2010, Portland, Maine [Published: APRIL 2010]