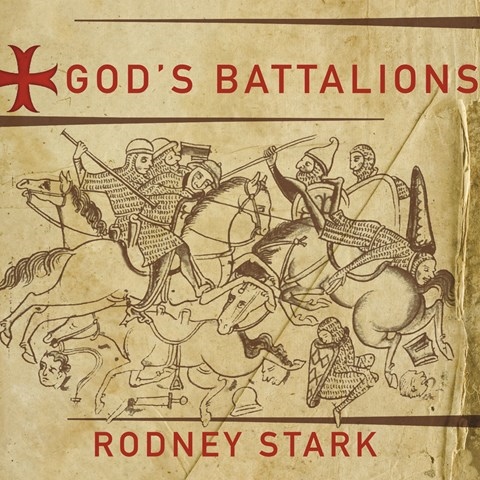 GOD'S BATTALIONS The Case for the Crusades

Using a variety of sources, Stark makes a politically incorrect, but strong, case that the Crusades were a defensive war intended to retake lands that had been Christian until the Moslems conquered them. David Drummond gives a splendid reading of Stark’s work, which has one overall message: Everything we’ve been taught about the Crusades is wrong. Drummond’s voice has a light touch as he describes events that take place over several centuries: wars, intrigue, religious disputes, and the slow transformation of formerly Christian lands under Moslem rule. While his vocal touch may be light, his disciplined delivery is strong, clear, and consistently controlled. M.T.F. © AudioFile 2010, Portland, Maine [Published: AUGUST 2010]