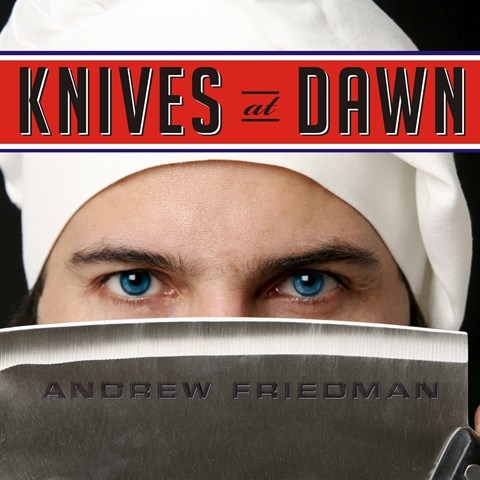 The backstage drama behind the world's most esteemed culinary cooking competition is revealed in Friedman's treatise on the legendary Bocuse d'Or. Teams from 24 countries vie for the 2009 prize. In preparation for the U.S. team's participation in the Bocuse, Friedman follows the contestants through months of grueling training and practice cook-offs. Sean Runnette ideally captures the impeccable French accent required to pronounce so many dishes and the names of legendary French chefs. He also excels at a variety of international accents as required to portray chefs from all over the globe. Most notably, he imparts the competition's mounting suspense as the aspiring chefs, their vainglorious mentors, and struggling protégés strive for the prized honor. Mouthwatering descriptions compete with a tangible passion for food throughout. A.W. © AudioFile 2010, Portland, Maine [Published: AUGUST 2010]