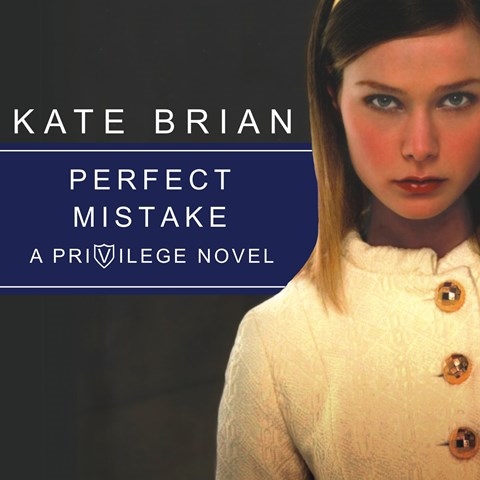 Ariana, a murderer and thief, has a new identity and a place at a prestigious prep school, where she can make connections that will set up her future. But all her plans may go awry when Kaitlynn, her former cell mate, suddenly appears on campus. Ariana must juggle her ambitions and thwart Kaitlynn's plans, which include blackmail and possibly the murder of Ariana’s new friends. Justine Eyre's throaty voice suits the story’s melodramatic plot, and the elite prep school setting allows for a worldwide range of accents. Arrogant young men, jaded princesses, and chirpy criminals make it hard to root for any of the characters, but the narrative is gripping and makes the listener eager to hear what outrage is committed next. G.D. © AudioFile 2010, Portland, Maine [Published: MAY 2010]