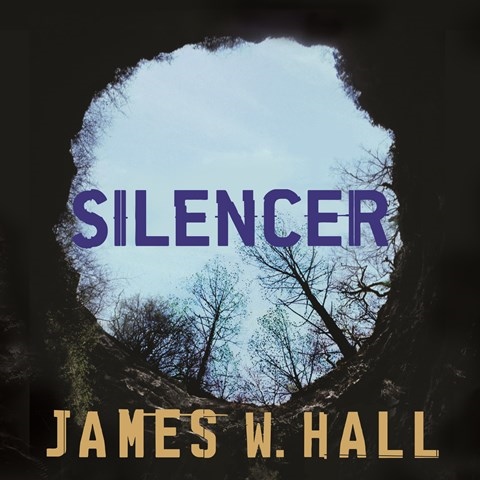 SILENCER is something between a hard-boiled detective story and an eco-thriller. James Hall's crusty Key Largo detective, Thorn, is essentially the hero, but he's only one of many. The elderly owner of an exotic Florida hunting preserve has big plans for his land that involve Thorn. Several people would gladly kill to stop the deal. And they do. Ed Sala has a laid-back delivery that serves well for most of the characters. However, his portrayals of various ethnic characters, such as a black former football star and various Latinos, are less credible. But that's a minor concern as the high action propels the story like an airboat on the Everglades. This is the perfect beach book. M.S. © AudioFile 2010, Portland, Maine [Published: MAY 2010]