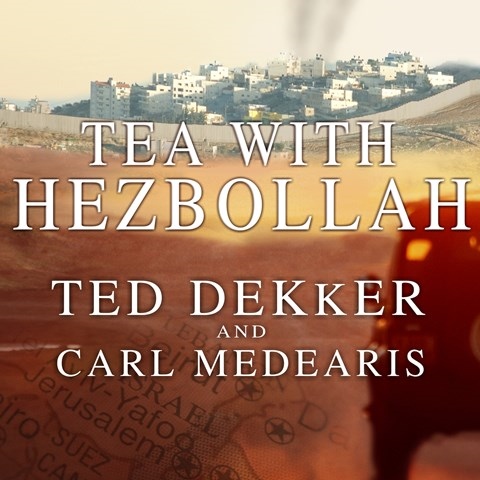 TEA WITH HEZBOLLAH Sitting at the Enemies' Table, Our Journey Through the Middle East

The premise of this book is fascinating: Two writers who are known for their Christian fiction go to the Middle East and interview Muslim leaders, some of whom are known terrorists. It’s a study in philosophy, theology, and dichotomy and is written in a fast-paced style. Narrator George Wilson has a deep, resonant voice, and he pronounces every word as if it were a cherished object. Wilson reads with a measured tone and uses character voices just enough to separate the dialogue from the rest of the text. These are all admirable qualities, but they all add up to a slow, plodding experience. Wilson doesn’t give the book the energy it requires, and the story suffers because of it. R.I.G. © AudioFile 2010, Portland, Maine [Published: MAY 2010]