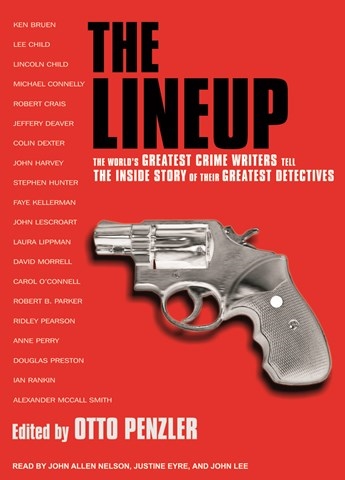 Male English, Irish, and Scottish writers have their essays read in the rich, liquid tones of John Lee, while Justine Eyre impersonates female scribes from both sides of the Atlantic. Blessedly, she's a talented mimic, so her Anne Perry sounds like a cheery Brit, while her Carol O'Connell is definitely from New York. Eyre's husband, John Nelson, is stuck with standard-issue Americans, which is another way of saying English with the music washed out. It's still a thrill, though, to get behind the curtain. We learn that Michael Connelly is afraid of tunnels. And that hero Jack Reacher got his name after Lee Child's wife suggested that if writing didn't pan out, the author's height might win him a job in a supermarket, reaching for boxes on high shelves. B.H.C. © AudioFile 2010, Portland, Maine [Published: FEBRUARY 2010]