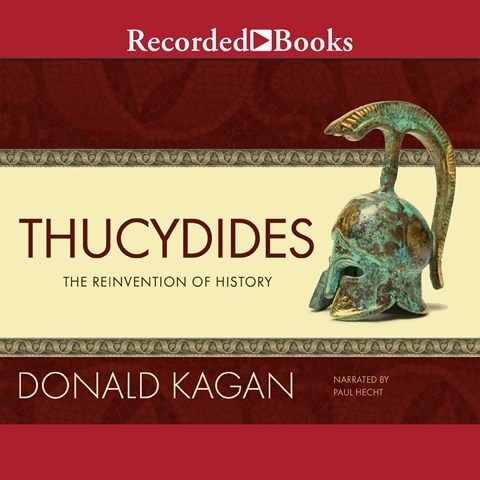 THUCYDIDES The Reinvention of History

Thucydides, a participant in and chronicler of the Peloponnesian War, the long contest between Athens and Sparta in the fifth century B.C., is one of the most influential early Western historians. His detailed study of the conflict, HISTORY OF THE PELOPONNESIAN WAR, is still pored over by students of war and political science, and the fact-based method of historical study that he introduced has been influential down to the present day. Kagan presents Thucydides the man and asks readers to reconsider the conventional notion of this ancient author as a completely objective reporter of history. Paul Hecht’s reading is a textbook example of good nonfiction narration: It’s clear, confident, and consistent in tone and volume, making for pleasurable listening even in relatively noisy conditions. M.G. © AudioFile 2010, Portland, Maine [Published: SEPTEMBER 2010]