Home»Reviews»THIS CHILD WILL BE GREAT 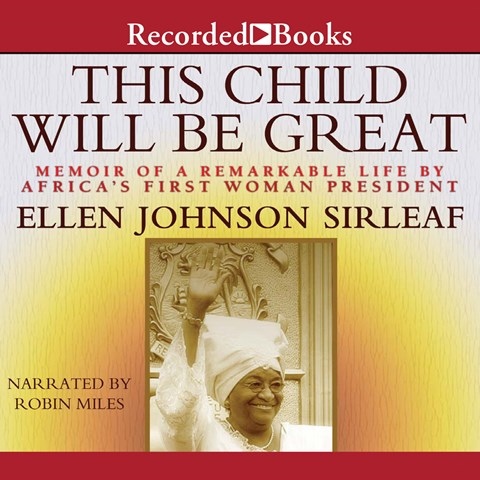 THIS CHILD WILL BE GREAT

In 1938, shortly after Ellen Johnson Sirleaf was born, an old man visited her family and predicted great things for the baby. His words were both ironic and prophetic. Sirleaf endured persecution, spousal abuse, political turmoil, imprisonment and exile to emerge in January 2006 as Liberia’s 24th president and the first elected female head of state in Africa. THIS CHILD WILL BE GREAT extends beyond Sirleaf’s personal story to provide a political, social and economic history of the African nation founded and colonized in 1822 by freed American slaves. Narrator Robin Miles draws on her rich repertoire of African diaspora speech patterns to project the author’s authoritarian pacing and inflection. G.O. © AudioFile 2012, Portland, Maine [Published: MARCH 2012]