Home»Reviews»WHERE THE MOUNTAIN MEETS THE MOON 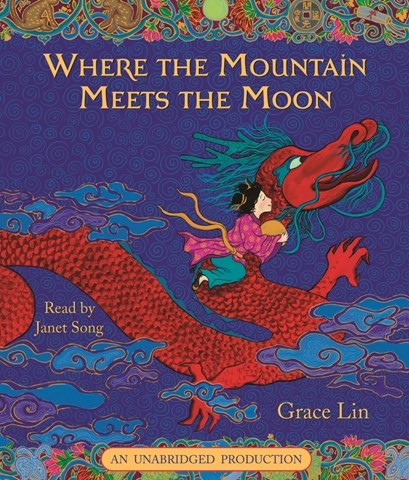 WHERE THE MOUNTAIN MEETS THE MOON

Minli and her family are trying to eke out a living in the shadow of Fruitless Mountain, on the banks of the Jade River. While Minli's mother is bitter about their hard life, her father lightens their harsh existence by spending the nights telling stories of the Jade Dragon who made their mountain fruitless. Grace Lin's story draws on many elements of Chinese folk tales. Janet Song weaves the folktales into Minli's quest to find the Old Man of the Moon and change her family's fortune. Song carries the listener to a mystical land where listeners will cheer Minli on her quest and root for her to be reunited with her parents. N.E.M. © AudioFile 2010, Portland, Maine [Published: MARCH 2010]