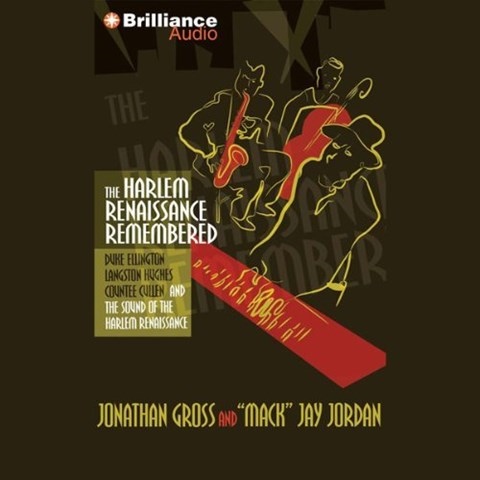 The recording of a one-man show by "Mack" Jay Jordan features songs such as "Take the ‘A’ Train," "It Don't Mean a Thing," and "It's a Wonderful World." Between songs, listeners get a taste of the writings of Langston Hughes, Ralph Ellison, and others. Jordan's narrative voice, which makes the scenes set by descriptive passages seem real, brings listeners to the nightclubs and streets of Harlem between the world wars. His singing brings fond memories of Duke Ellington and Louis Armstrong. Jonathan Gross introduces and closes the production with his thoughts on jazz and the show. This seamless blend of history, poetry, and music serves as an entertaining introduction to an exciting period of African-American culture. J.A.S. Winner of AudioFile Earphones Award © AudioFile 2010, Portland, Maine [Published: DECEMBER 2010]