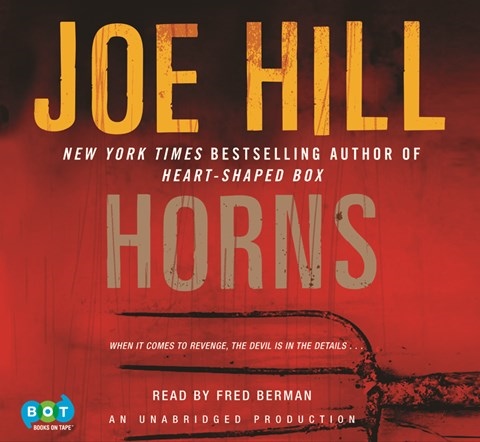 Ignatius Perrish's life has been in ruins since he was accused of murdering his girlfriend. Then he wakes up one morning to find he’s sprouted a pair of horns and that, as a result, those he encounters cannot lie to him as they tell him their secrets. Fred Berman's nuanced narration creates the feeling that there’s nothing all that unusual about what’s happening to Ig. Berman constructs an atmosphere in which intense interaction between the characters and the depth of their emotions accentuate the misunderstandings that underlie the intricate plot. He manages the pace to enhance the suspense, establish quiet moments of introspection, and in sum, make this a hard book to turn off. J.E.M. Winner of AudioFile Earphones Award © AudioFile 2010, Portland, Maine [Published: MARCH 2010]