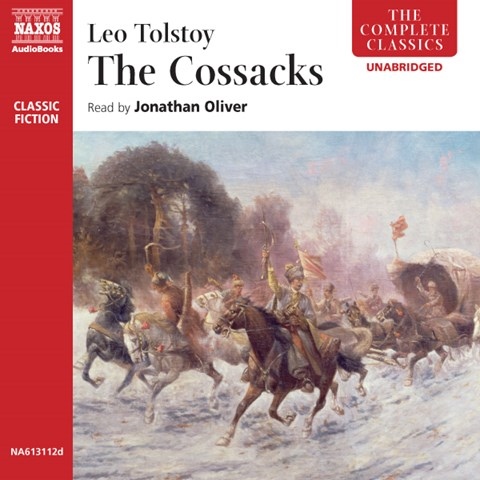 Tolstoy's novella tells how a young, aristocratic Russian, doing military service among the Cossacks in the Caucasus, learns about life, love, and himself, upsetting his previous notions. Jonathan Oliver performs, rather than reads, varying the voices adeptly from person to person and among men and women, matching speech to how it's described, providing the proper expression and emotions. His voice is strong; he's best at Cossack men, especially the rambunctious Daddy Eroshka. The use of strong British accents to represent Russian accents, while reasonable for a British production, may strike American listeners as odd—but it's the best way to go, and the distraction passes. This is an able reading of a fine, subtle work. W.M. © AudioFile 2010, Portland, Maine [Published: JULY 2010]