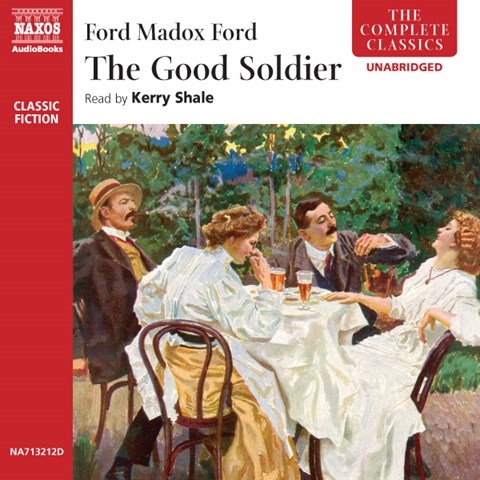 This is the (fictional) memoir of an ass. John Dowell’s wife, Florence, faked a heart ailment so that she could remain at a German spa where, under John’s very nose, she conducted a nine-year affair with John’s pal, Captain Edward Ashburton. At last, Florence downed a lethal poison, and Edward cut his own throat, leaving John to stew perplexedly over what he calls “the saddest story I have ever heard.” Published in 1915, this intricately woven classic has garnered widespread critical acclaim. Versatile narrator Kerry Shale well understands its tone, atmosphere, and subtext, as well as the character and crisis of its narrator/antihero. Yet he often seems to rush, thereby weakening important moments. He uses only a small vocal range, which, together with his pace, makes some passages monotonous. Y.R. © AudioFile 2010, Portland, Maine [Published: DECEMBER 2010]