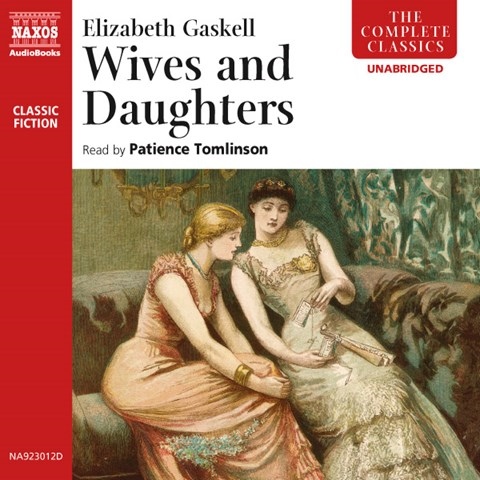 The eternal theme of thwarted love and scheming ambition is set in the microcosm of a provincial British village. Replete with nineteenth-century social values and hierarchies, Gaskell's important work follows the life of Molly Gibson. When her father remarries, Molly's life becomes complicated by a worldly and impetuous stepsister and a snobbish stepmother. Gaskell's vivid prose captures the period's formality and evokes images of bygone lifestyles and environs. Narrator Patience Tomlinson possesses an astonishing vocal range—from the high pitches of youth to the gruff basses of elderly gentlemen. Her portrayals of the novel's many characters and dialects are distinctive, making all the characters identifiable in terms of their age, gender, and station. Tomlinson's expressiveness keeps the listener spellbound. A.W. © AudioFile 2010, Portland, Maine [Published: SEPTEMBER 2010]