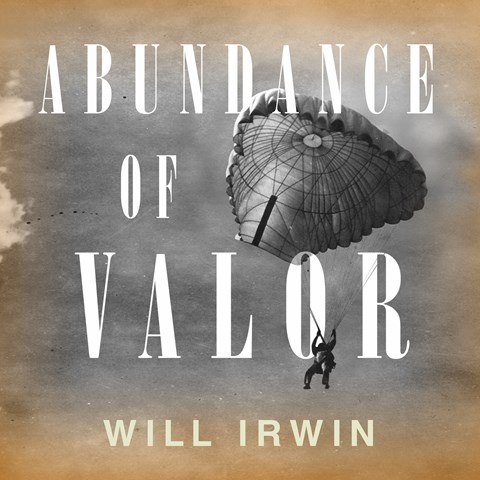 by Will Irwin | Read by Michael Prichard

After D-Day of WWII, British General Montgomery devised a radical plan to rush northeast, cross the Rhine, and enter Germany. Special Forces teams, named the Jedburghs, united with the Dutch civilian resistance to support the campaign. If successful, Operation Market Garden would have ended the European war in a few months. However, the Allied commanders’ hubristic underestimation of Germany’s resourcefulness caused a major defeat. In the beginning, narrator Michael Prichard must recite an overdose of unit numbers, foreign towns, and fighters. Later, with the POW biographies, he becomes the familiar and delightfully detached voice so popular with audio listeners. ABUNDANCE OF VALOR provides valuable insights into combat psychology. J.A.H. © AudioFile 2010, Portland, Maine [Published: JUNE 2010]