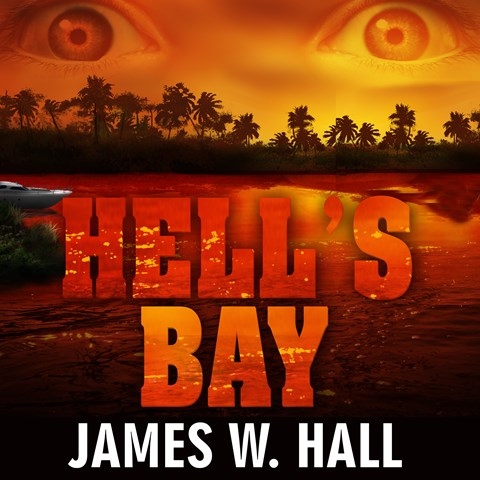 Hall’s popular series features Thorn, a reluctant protagonist who’s always getting embroiled in other people's adventures while trying to maintain his status as a “Glades” recluse. This story is a bit slow to get going, and Ed Sala’s usually engaging narrative style is hampered in the beginning. However, the story picks up the pace in the second half as the suspense builds. Sala has a simple, clean narrative style that fits the hero like a glove. There’s no need for complex voicings when the principal player has a deadpan style. This simplicity also works well for the range of ancillary characters. For lovers of Thorn, the Everglades, Florida culture, and wilderness adventures. M.C. © AudioFile 2010, Portland, Maine [Published: AUGUST 2010]