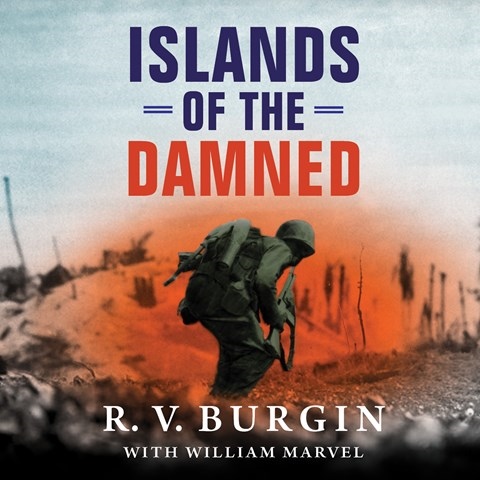 ISLANDS OF THE DAMNED A Marine at War in the Pacific

U.S. Marine R.V. Burgin arrived in the Pacific Theater during WWII just after the six-month conquest of Guadalcanal. In this memoir he remembers his life before, during, and after his service in the Corps. His gripping stories of two amphibious invasions—New Britain and Peleliu—will pull listeners into the action as only a first-person account can do. Narrator Sean Runnette uses a voice and rhythm just right for the job. The timing of his phrases fits the prose so aptly that one can easily imagine him to be the Marine recounting the traumatic events still stored in his memory. Although detailed troop movements can overwhelm and spoil a combat story, Burgin's economy with unit names and geography leaves plenty of room for engrossing biographical thoroughness. J.A.H. © AudioFile 2010, Portland, Maine [Published: APRIL 2010]