Home»Reviews»TO HELL ON A FAST HORSE 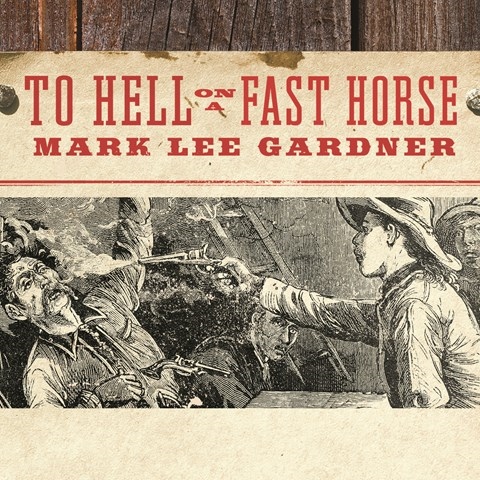 TO HELL ON A FAST HORSE Billy the Kid, Pat Garrett, and the Epic Chase to Justice in the Old West

In a tale right out of the American West, a notorious killer and a lawman determined to catch him clash to become a legend with all the elements of a Louis L’Amour novel. The outlaw, William H. Bonney—aka Billy the Kid—has stolen horses, cattle, and registered mail. His evasion of justice and daring jail escapes have made him a desirable catch for any sheriff brave enough to take the risk—and Pat Garrett is that sheriff. Narrator Alan Sklar adopts an accent of yesteryear by leaving the “g’s” off his “ing’s” and smudging the last syllable of other words—like “winduh.” His deep, gravelly voice adds authentic charm to the story. New Mexican Spanish mixed with frontier English gives a historic regionality to this true-crime story. J.A.H. © AudioFile 2010, Portland, Maine [Published: JULY 2010]