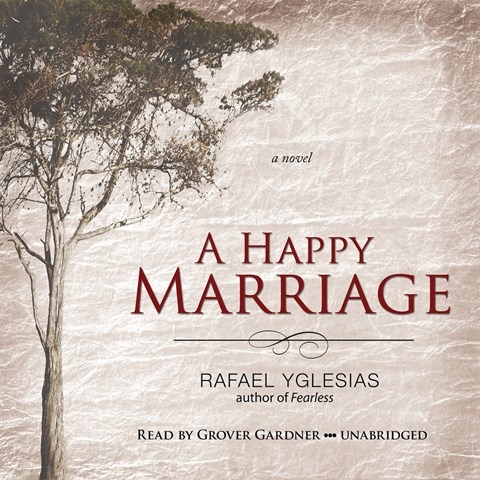 Rafael Yglesias fictionalizes his own 27-year marriage in this beautiful and wrenching novel. A HAPPY MARRIAGE intersperses chapters recounting the courtship of Enrique Sabas and Margaret Cohen with those documenting Margaret's death from bladder cancer. Enrique and Margaret are flawed (because aren't we all?); he cheats, and she’s a control freak. Yet this is ultimately a happy union brought to an end by a disease that is described in graphic and sometimes-stomach-turning detail. Grover Gardner renders complex emotions to fine effect and rejects any temptation to infuse his narration with an inappropriate sentimentality. This is a stunning combination of clear-eyed writing and a compelling voice—prepare to be simultaneously uplifted and heartbroken. A.B. Winner of AudioFile Earphones Award © AudioFile 2010, Portland, Maine [Published: JUNE 2010]