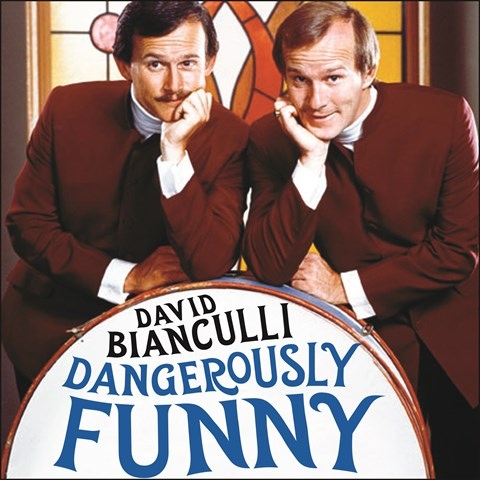 Much more than a TV variety show on CBS, “The Smothers Brothers Comedy Hour” broke many barriers. It played during the 1960s, the era of the Vietnam War, pot smoking, flower children, and Ed Sullivan. However, the network censors made it their duty to protect viewers from anything they found unacceptable: bathroom humor, allusions to marijuana, and suggestive words like “frigate.” The Smothers brothers joined other entertainers in television protest movements and got themselves into dangerous trouble for it. The raspy voice and rapid-fire delivery of narrator Johnny Heller fits the task. He even sings a little but won’t win any awards for that. Heller occasionally goes so fast that he drops a word or two, but he’s reading a story that could drag without his help. J.A.H. © AudioFile 2010, Portland, Maine [Published: SEPTEMBER 2010]