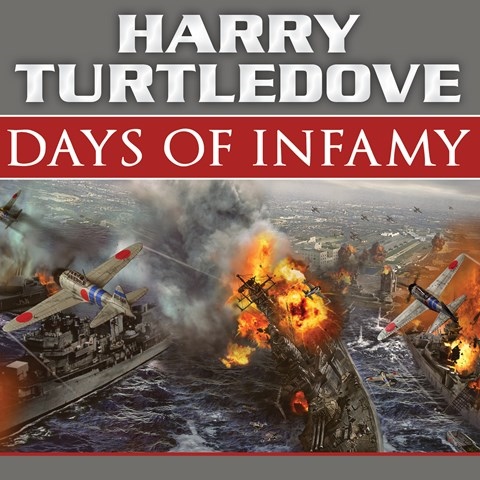 DAYS OF INFAMY Book One in the Days of Infamy Series

﻿In this tale of alternate history, the Japanese invade Hawaii in December 1941 and change the course of WWII. The story is told from multiple viewpoints, including those of inhabitants of Hawaii and both American and Japanese military personnel. John Allen Nelson approaches the narration in a level and matter-of-fact style. He reads rather than performs the story, and this gives the sense of listening to a war report, particularly during battle scenes. The lack of vocal characterization can make it difficult to differentiate the key characters. However, Nelson’s style is strangely hypnotic and draws listeners into a story that shows how history could have been very different. K.J.P. © AudioFile 2011, Portland, Maine [Published: JANUARY 2011]