Home»Reviews»THE MANY DEATHS OF THE FIREFLY BROTHERS 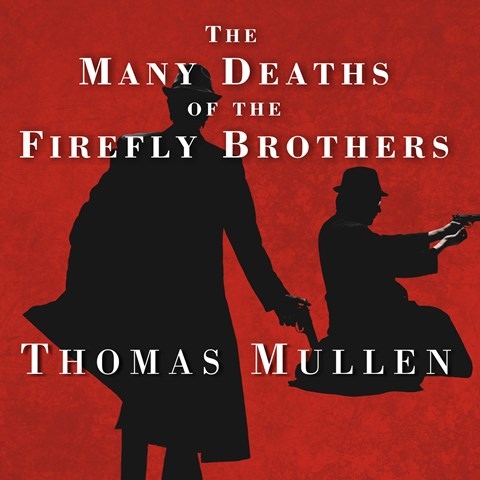 THE MANY DEATHS OF THE FIREFLY BROTHERS

Jason and Whit Fireson are a pair of bank-robbing legends who sweep across the country stealing from the rich but not quite giving to the poor. They have a reputation for being untouchable because they've pulled off so many impossible escapes—and they must continue to do so to avoid capture. William Dufris narrates with a gritty Midwestern accent that sounds steeped in wisdom and experience. It’s a fitting tone for the mythical heights to which Jason and Whit ascend in Depression-era America. However, Dufris's female characters are hardened clichés that sound out of place amid his otherwise underplayed reading. Nevertheless, the overall effect of his narration is convincing. L.B. © AudioFile 2010, Portland, Maine [Published: MAY 2010]