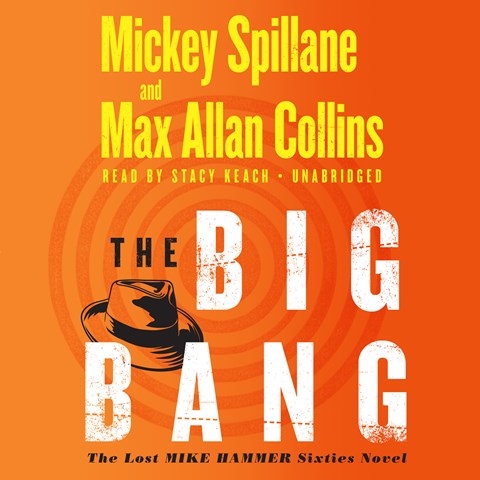 Hard-boiled New York P.I. Mike Hammer is back in Max Allan Collins’s reimagining of Mickey Spillane’s original story outline, written in the 1960s. Collins is no stranger to the Hammer tales; thus, this engaging crime caper feels like a Spillane original. Hammer finds himself pitted against a group of ne’er-do-well narcotics dealers bent on raising hell and hauling in heaps of cash. Resuming his role from the short-lived CBS television series, actor Stacy Keach slips effortlessly back into character and even offers up his musical expertise by providing original jazz compositions as accompaniment. The sound production is stellar as realistic sound effects are peppered throughout and help to amplify the reading. The big bang from Hammer’s Colt .45 will literally rattle the walls! L.B. Winner of AudioFile Earphones Award © AudioFile 2010, Portland, Maine [Published: AUGUST 2010]