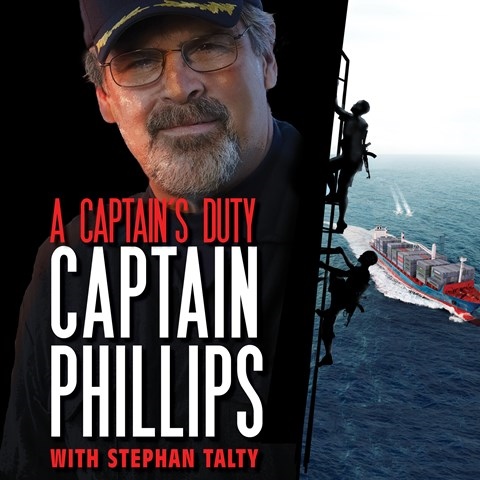 Captain Richard Phillips’s modest first-person account of the 2009 capture of his cargo vessel, the MAERSK ALABAMA, celebrates the little-understood and even less appreciated responsibilities of the U.S. Merchant Marines. Former broadcast journalist George Wilson provides an authoritative, dramatic, and, at times, appropriately humorous tone to the story of the captain and crew as they face off against cutthroat Somali pirates. Wilson’s precise delivery is true to the author’s style and easily holds the listener’s attention. A thumbnail sketch of Phillips's early years provides an effective backdrop for the terrifying seizure of his vessel and the gripping days that followed. Wilson’s upbeat narrative style also provides an enlightening look at the sophisticated technology on the world’s oceangoing vessels. W.A.G. © AudioFile 2010, Portland, Maine [Published: OCTOBER 2010]