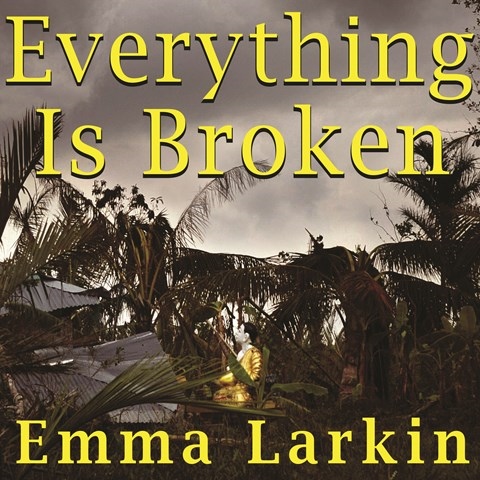 EVERYTHING IS BROKEN A Tale of Catastrophe in Burma

In May of 2008, Cyclone Nargis, the worst natural disaster in the history of Burma, struck the region. Emma Larkin, an American journalist familiar with Burma, investigated and documented the storm’s aftermath. Operating under the paranoid idea that the damage would make the dictators look bad, the military junta ruling Burma did everything possible to obstruct reporting, aid, and relief efforts. Narrator Emily Durante’s soft voice belies what the author describes: death, starvation, and upheaval fomented by an incompetent government. Durante’s skillful and taciturn manner matches Larkin’s diplomatic triumph at obtaining one of the scarce visas, when even aid workers were barred from visiting the hard-hit Irrawaddi River Delta. Some preparatory research would enhance listeners’ appreciation of the historical and geographical milieus. J.A.H. © AudioFile 2011, Portland, Maine [Published: FEBRUARY 2011]