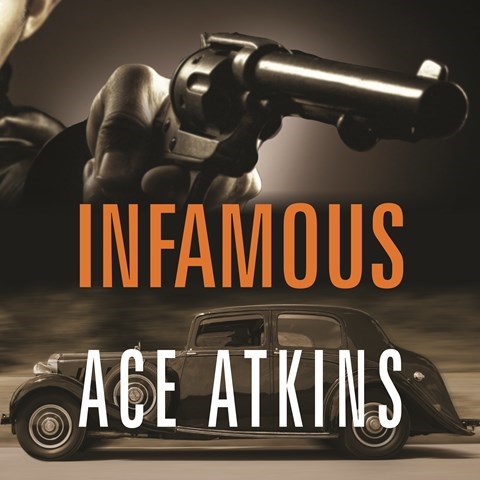 In 1933 oil baron Charles Urschel was kidnapped by George “Machine Gun” Kelly and his wife, Kathryn, who was the far more evil one of the pair. Writer Ace Atkins fictionalizes that incident and turns out an interesting story of Depression-era violence and intrigue. Dick Hill narrates in his familiar laid-back country-boy style. It mostly fits, especially for the intrepid lawmen, but the pace feels a bit slow here and there. There are many bit players in the story, rounding it out in some respects. Perhaps the most fascinating part of the work is the author’s characterization of Machine Gun Kelly as a man who kills simply out his desire to become famous—any way he can. M.S. © AudioFile 2010, Portland, Maine [Published: SEPTEMBER 2010]