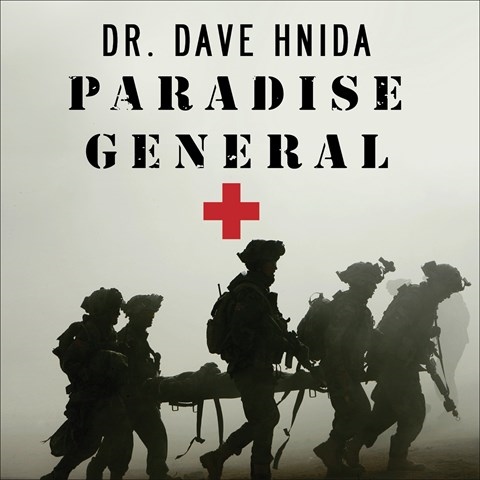 PARADISE GENERAL Riding the Surge at a Combat Hospital in Iraq

General Practitioner Dave Hnida volunteers for a four-month deployment at an Army trauma hospital in Tikrit, Iraq. His initial insecurities wane as he matures into his new role as an emergency physician. In addition to describing his daily life, he exposes his most personal emotions while treating critical patients who are the same ages as his children. The narrative contains plenty of medical lingo, which he parenthetically translates into everyday language, making this audiobook suitable for both general readers and health-care professionals. Narrator George Wilson’s laudable skill with regional American accents clarifies the origins of the eclectic members of the staff as they work in teams during tense situations. Wilson’s sonorous voice serves to keep the author’s message intimate and credibly intense. J.A.H. © AudioFile 2010, Portland, Maine [Published: SEPTEMBER 2010]