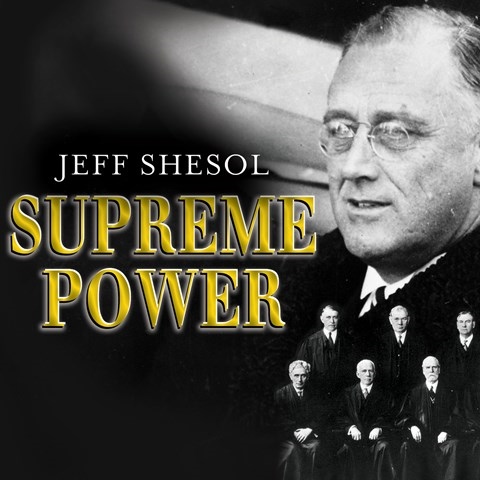 As President Obama’s health-care plan is threatened by its opposition (possibly all the way to the Supreme Court) and the nation struggles with joblessness, no episode in American history is more instructive than Franklin Roosevelt’s battle with the Supreme Court and its allies in the spring of 1937. Few political episodes in the history of American democracy are more important and less understood. Mel Foster’s perfectly metered baritone gives life to Jeff Shesol’s detailed account of the “court fight.” Shesol’s narrative is carefully researched and structured. Foster’s occasional attempts to mimic the voices of the pompous participants add variety and humor. Despite the enormous cast of characters rushing on and off the stage of history, the core story is easy for the listener to follow. F.C. © AudioFile 2010, Portland, Maine [Published: JULY 2010]