Home»Reviews»THE MEN WHO WOULD BE KING 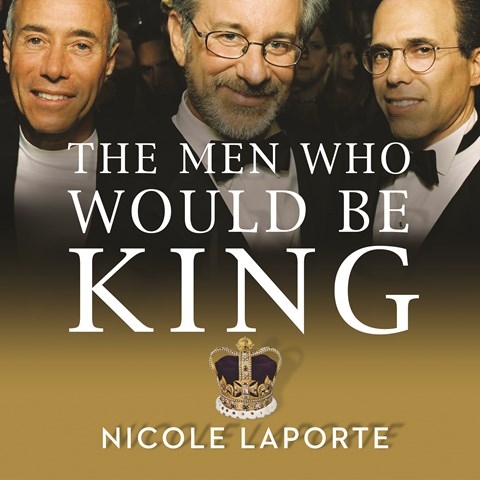 THE MEN WHO WOULD BE KING An Almost Epic Tale of Moguls, Movies, and a Company Called DreamWorks

In this unauthorized biography of the movie production company DreamWorks, former VARIETY writer Nicole LaPorte recounts the story of Jeffrey Katzenberg's career after he leaves Disney in 1994 and founds DreamWorks with two of the most powerful figures in the entertainment business—music mogul David Geffen and director Steven Spielberg. Narrator Stephen Hoye makes listeners feel like they’re part of the creative calamities of movie-making as LaPorte’s fly-on-the-wall reporting reveals the clashes between Spielberg’s and Katzenberg’s employees—their disasters and debacles, as well as their Oscar-winning triumphs. LaPorte goes beyond the hype to deliver a fairly evenhanded picture of DreamWorks and its founders. Hoye uses just enough vocal variation to portray the fireworks that characterized the company’s negotiations with Paramount and Disney. B.C.E. © AudioFile 2010, Portland, Maine [Published: NOVEMBER 2010]