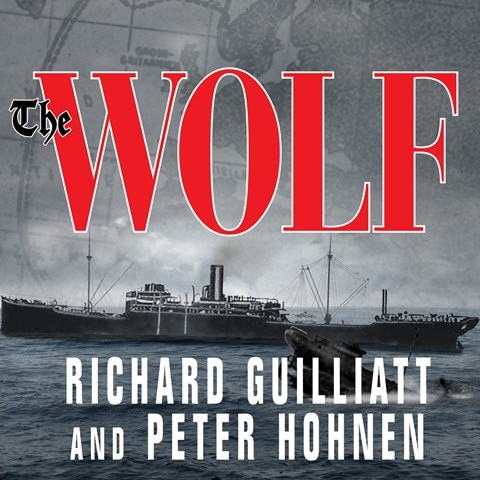 During WWI the Germans realized the value of menacing British commercial shipping lanes in the South Pacific. They sent the raider Wolf, disguised as a merchant ship, to lay mines and sink enemy vessels near English-controlled ports. Nearly 800 captured civilians lived aboard the ship during its fifteen-month voyage. The Germans took prisoners for two reasons: to adhere to ancient maritime traditions forbidding the murder of civilians and to avoid disclosure of the Wolf’s secret mission. Michael Page meets the double challenge of credibly delivering British English and the many German names and words. He navigates between the languages flawlessly, adding the perfect touches of bilingualism to a little-known tale of the Great War. J.A.H. © AudioFile 2010, Portland, Maine [Published: SEPTEMBER 2010]