Home»Reviews»WAR AT THE WALL STREET JOURNAL 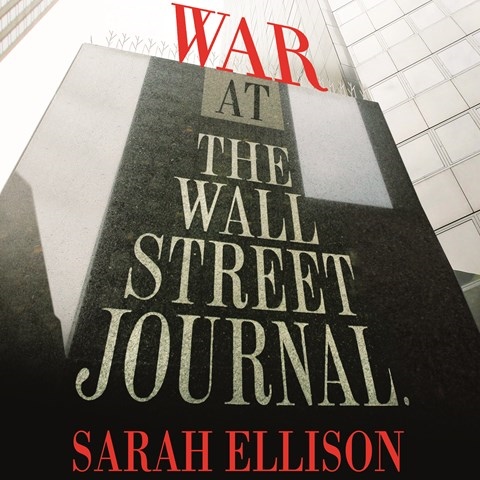 This book is what journalists sometimes call a “tick-tock”: a narrative so relentlessly detailed that it becomes exhausting. Ellison, a former reporter at the JOURNAL, gives a scrupulously fair account of Rupert Murdoch’s courtship and eventual purchase of the paper. But the sheer number of characters is overwhelming, and it’s easy for listeners to forget which individual we’re hearing about and how he or she fits into the larger picture. (Audiobook listeners don’t have access to the dramatis personae that appears in the print version.) One gets the sense that Judith Brackley feels the same way: Her narration is unemotional, even plodding at times, and doesn’t do much to enliven the story. D.B. © AudioFile 2010, Portland, Maine [Published: SEPTEMBER 2010]