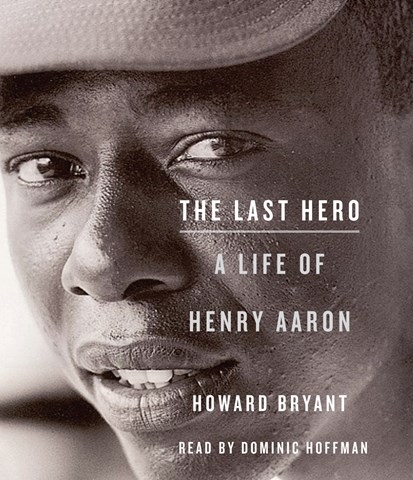 THE LAST HERO A Life of Henry Aaron

In an era when steroids have made baseball home-run records suspect, Hank Aaron, who originally broke Babe Ruth’s record in 1974, stands above the fray. He was a slugger who didn’t play the hero’s role easily, and for that he was called cold and aloof. This biography aims to set the record straight. Narrator Dominic Hoffman’s voice almost exactly matches the tone and intent of the book. He is authoritative, respectful of his subject, and interesting without being flamboyant or showy. There are times when Hoffman could show more emotion, and there are a few mispronunciations, but, overall, those looking to lose themselves in a terrific book about human drama, history, and baseball will be richly rewarded. R.I.G. © AudioFile 2010, Portland, Maine [Published: SEPTEMBER 2010]