Home»Reviews»THIS WORLD WE LIVE IN 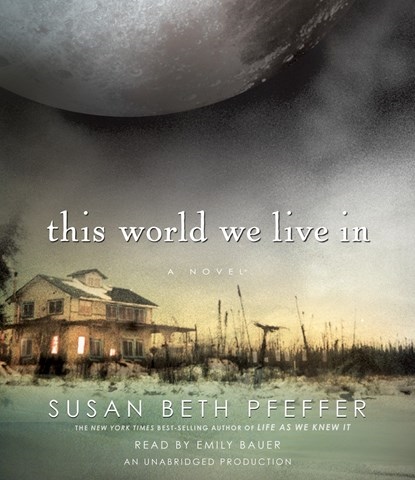 THIS WORLD WE LIVE IN

The third book in the Last Survivors series finds narrator Emily Bauer moderating the cheery tone she used in the first book when the world first suffered the effects of the moon being struck by a meteor. It’s a year later, and no miraculous intervention has taken place. Bauer beautifully navigates the despair teenager Miranda feels, giving us glimpses of the bright, enthusiastic girl who once won skating trophies and contrasting her with the newly mature young woman who has seen sickness, starvation, and death. When characters from the second book enter the story, Bauer especially shines as Miranda falls headlong into love in a world that offers her so little else. D.G. © AudioFile 2010, Portland, Maine [Published: JULY 2010]