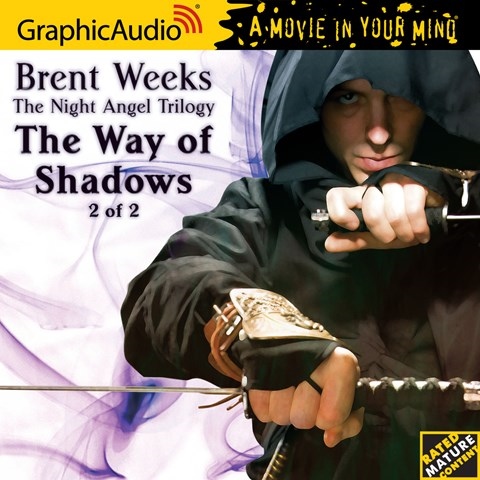 THE WAY OF SHADOWS, PART 2 The Night Angel Trilogy, Book 1

The first part of The Night Angel Trilogy introduces listeners to the dirty, crime-ridden warrens of Cenaria City. Azoth, who is only 11, finds daily survival a battle as he scrapes up copper to pay dues. The only way out of the slums is to apprentice with the city's most accomplished assassin—a task that will nearly kill him as he is introduced to a world of intrigue and murder. This imaginative fantasy benefits from GraphicAudio's full-service treatment, which renders the slums in all their noisy, gritty glory with a heart-pumping musical score. Great performances round out this edge-of-your-seat fantasy thriller. F.G. © AudioFile 2010, Portland, Maine [Published: SEPTEMBER 2010]