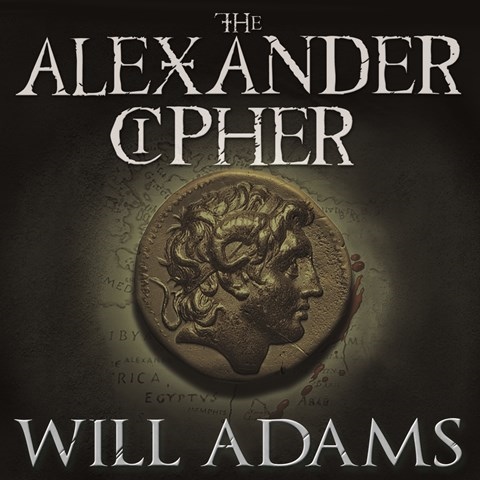 Adams’s gripping thriller revolves around the search for ancient tombs and relics that provide clues to the location of Alexander the Great's monumental buried treasure. David Colacci lends a world-weary cynicism to the hard-boiled character of Egyptologist Daniel Knox. In addition, Colacci adeptly tackles the other characters’ myriad exotic accents while maintaining a measured pace—perhaps too measured, as a slight pause between the scene changes within each chapter would help the listener shift gears. As Knox seeks one of the greatest treasures of all time, all the while evading greedy tomb robbers, Colacci delivers historical facts about Alexander without letting them bog down the story. As a result, the mystery advances swiftly with all the action, plot twists, and romance a listener could ask for. A.W. © AudioFile 2010, Portland, Maine [Published: SEPTEMBER 2010]