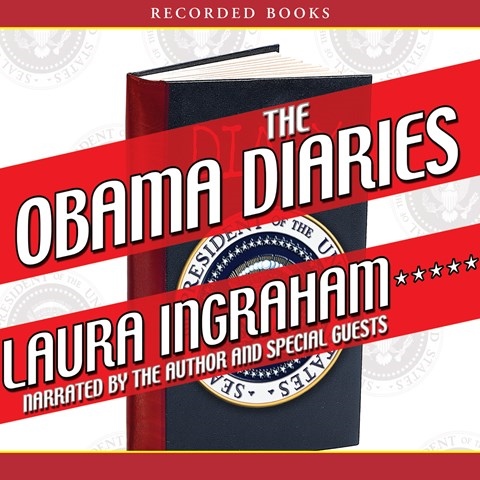 It's a familiar formula: a general disdain for Democrats, detailed lists of partisan issues, and a celebration of conservative values. Laura Ingraham mixes it up a bit, with "real" diary entries from top political officials who find themselves in the crosshairs of criticism and satire. Ingraham's narration is crisp and clear, drawing on almost two decades of radio experience, but her accents and imitations sound forced. Unnamed guests provide a mixed bag of audio caricatures. Barak Obama's imitator makes an effort but cannot effectively deliver the president's cadence. Michelle Obama's imitator is passable, and Joe Biden's is outright hilarious. "Hail to the Chief" plays ironically before many entries. But political satire should be fun; Ingraham takes herself too seriously to be funny. A.Z.W. © AudioFile 2010, Portland, Maine [Published: NOVEMBER 2010]