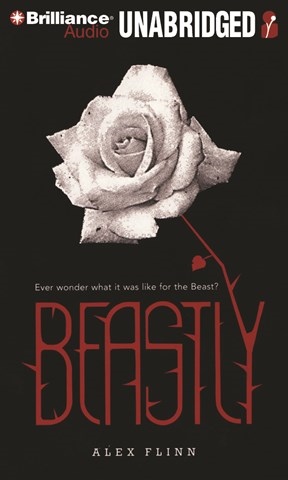 In this contemporary take on Perrault’s “Beauty and the Beast,” Chris Patton’s narration ably renders 16-year-old Kyle Kingsbury, a guy with looks, money, and peer adulation whose world is irrevocably altered when a witch turns him into a beast. Most characters are defined with pacing and inflection, among them Kyle’s distant and uncaring father and his compassionate—and blind—tutor. Other characters are more distinctly voiced, such as the hilarious “transformed” frog and bear Kyle meets in an online chat room and the wise, loving housekeeper who looks after him. While some of Patton’s accents are not entirely believable, his ability to portray Kyle’s cruelty, anguish, and eventual redemption will keep listeners captivated. S.G. © AudioFile 2010, Portland, Maine [Published: JUNE 2010]