Home»Reviews»THE CASE OF THE MAN WHO DIED LAUGHING 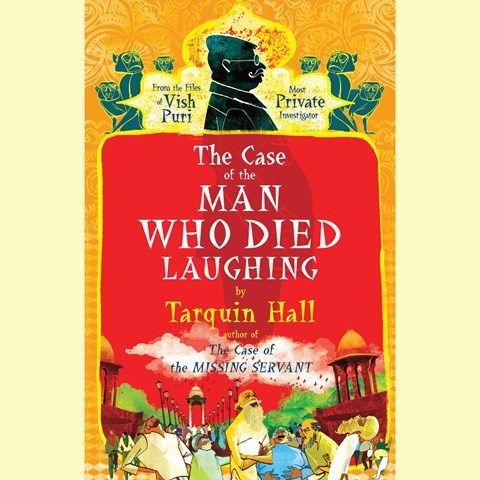 THE CASE OF THE MAN WHO DIED LAUGHING

Members of the laughter therapy group can only laugh helplessly as the goddess Kali plunges a sword into Suresh Jha’s heart. Then, the sword and the goddess disappear. India’s Most Private Investigator, Vish Puri, a man as fussy as Poirot and every bit as clever, is called in to assist the police. Narrator Sam Dastor slips in and out of Indian accents that represent all classes, castes, and personalities. Puri works with a black-ops team—“Tubelight, Facecream, and Flush”—and Dastor makes each quirky yet affable. He’s hilarious as Puri’s Mummy-ji and his wife, Rumpi, attempt to solve a crime and appropriately precise as Puri himself, the man of a thousand opinions. This is the second book in a winning series. S.J.H. Winner of AudioFile Earphones Award © AudioFile 2010, Portland, Maine [Published: JULY 2010]