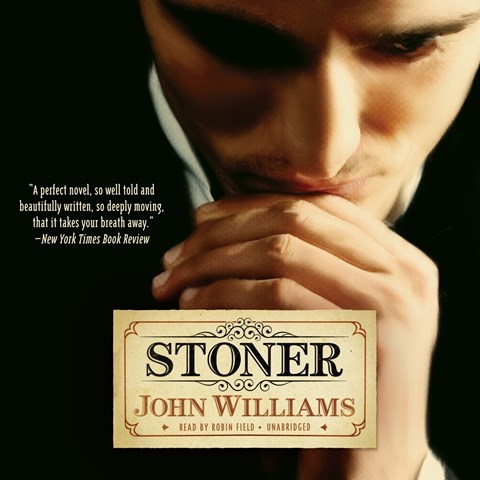 STONER opens with the declaration that at the time of William Stoner’s death, he had never advanced beyond the rank of assistant professor of English literature and was held in no particular esteem by his colleagues. Few students could even remember him when his name was mentioned. Then John Williams recounts the story of Stoner’s life from the age of 19 to his death, and we find that his life was not ordinary at all. Robin Field fully inhabits Stoner’s character, dragging every morsel of tragedy, inevitability and, occasionally, wiliness and joy from Williams’s understated writing. Field’s performance helps us understand that an ordinary person’s life is still grand, emotional, and worthy. Originally published in 1965 and recently reissued, STONER is a small miracle of a novel that is enhanced by a narrator who is a perfect match. A.B. Winner of AudioFile Earphones Award © AudioFile 2010, Portland, Maine [Published: AUGUST 2010]