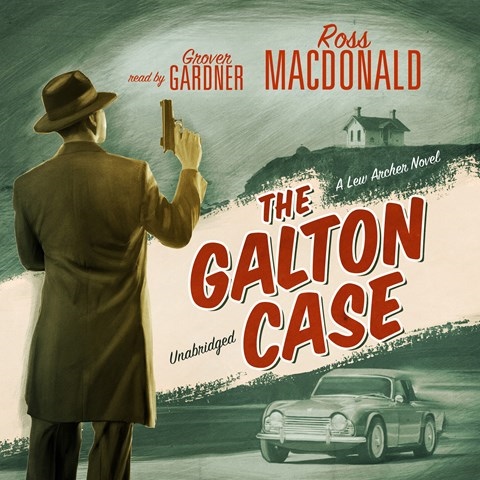 The character claiming to be the long-lost heir to the Galton fortune may be an actor, but he’s not in the same league with Grover Gardner; on the evidence here, few are. P.I. Lew Archer discovers that while “John Galton” claims to have been raised in an orphanage in Ohio, he actually grew up in Canada. But listeners can make the same discovery from the very subtly Canadian way he pronounces the word “about.” Even more fun, the fancy lawyer who hires Archer to find “Galton” speaks with the exact stagy faux-English accent that the likes of William Powell used in '40s films noir; you can absolutely see his big-shouldered 1949 suit and his pencil mustache. Macdonald is at his best here; Gardner is even better. B.G. Winner of AudioFile Earphones Award © AudioFile 2010, Portland, Maine [Published: SEPTEMBER 2010]