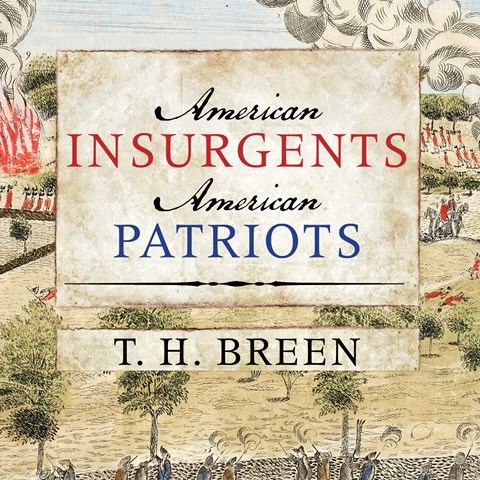 AMERICAN INSURGENTS, AMERICAN PATRIOTS The Revolution of the People

Breen, a Northwestern University history professor, sees the American Revolutionary War as a grassroots insurgency that smoldered for years before armed conflict with Great Britain broke out. The British Crown and Parliament were slow to realize the degree of indignity colonists felt from the closure of Boston’s port, the Coercive Acts, and the sending of an army to police Massachusetts. Narrator John Pruden shows an excellent command of the stogy eighteenth-century English, and sometimes he can make the words flow. But too often he shifts to low gear, reading only one word at a time. Due to the manuscript’s composition, in audio format the quotes become mixed with the writer’s words. Pruden’s continual pausing to achieve a separation becomes a distraction. J.A.H. © AudioFile 2010, Portland, Maine [Published: SEPTEMBER 2010]