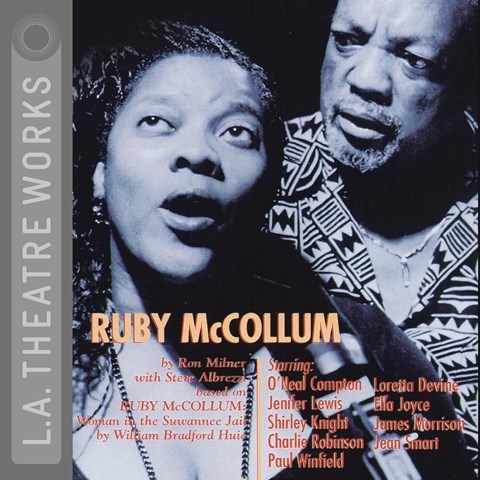 by Ron Milner, Steve Albrezzi | Read by a Full Cast

In 1952, Ruby McCollum was found guilty of murdering her doctor, who was loved by almost everyone in town. Ruby was a black woman--the doctor a white man--and unequal justice allowed her no recourse from the death penalty. The story is told by a multitude of actors who eventually find their intimacy with one another as the play moves on. The first tape is uneven in sound and surrounding acoustics. The sound effects and music overwhelm the spoken word, and the technical imperfections detract from the sincerity of the actors. Keep listening, though, because the technicians lose their gusto as the story moves on, and the rest of the performance is worthwhile. J.P. ©AudioFile, Portland, Maine [Published: APR/MAY 99]