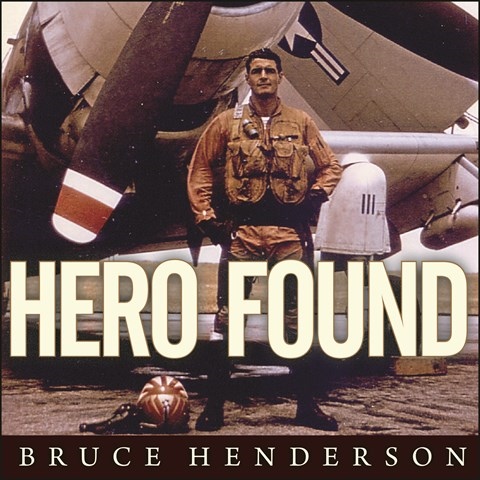 HERO FOUND The Greatest POW Escape of the Vietnam War

Listeners may recognize the story of captured Vietnam War pilot Dieter Dengler from the 2006 film RESCUE DAWN. Dengler’s 1978 memoir, ESCAPE FROM LAOS, forms the basis of Henderson’s book, to which he has added information supplied by fellow pilots, friends, and family. The German-American Dengler led a lifestyle of derring-do typical of military pilots, always pushing the edge with alcohol, society’s rules, and women. As becomes apparent, his survival in post-WWII Germany prepared him well for a Laotian POW camp, where he ate maggots, live snakes, and raw fish eyes. Narrator Todd McLaren delivers the many scenes of aerial action and combat with enthusiasm and excitement. His animated involvement adds a special spark to a work already compelling from beginning to end. J.A.H. © AudioFile 2010, Portland, Maine [Published: SEPTEMBER 2010]