Home»Reviews»THE MOST POWERFUL IDEA IN THE WORLD 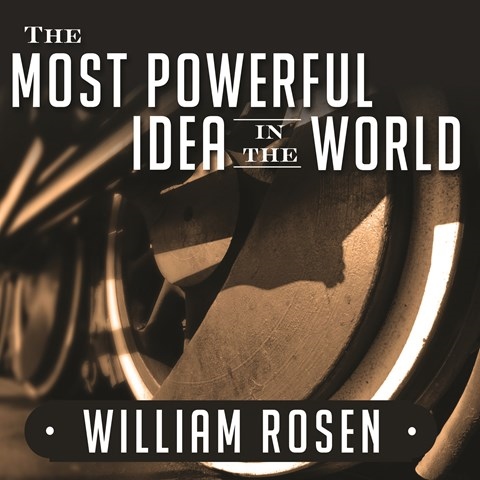 THE MOST POWERFUL IDEA IN THE WORLD A Story of Steam, Industry, and Invention

Expect to take your time with Rosen's lengthy history of steam power—which proves to be more engaging than you might expect. Michael Prichard brings the necessary gravitas to a narrative that puts its subject into a 10,000 year perspective, and, in fact, this is a history of invention itself, and why certain times, places, and conditions favor it. James Watt is the central figure, but a long chain of inventors play their parts. Only a professional like Prichard could maintain the pace and cohesion of so expansive a story, but he really should not attempt a Scottish accent. For history buffs and the technically minded, this title will be a favorite. But it is aimed at, and deserves, a wider audience. Especially interesting, considering the debate over property rights in the current film THE SOCIAL NETWORK, is this book's historical survey of patent rights and the ever-thorny issue of "discovery." D.A.W. © AudioFile 2010, Portland, Maine [Published: NOVEMBER 2010]