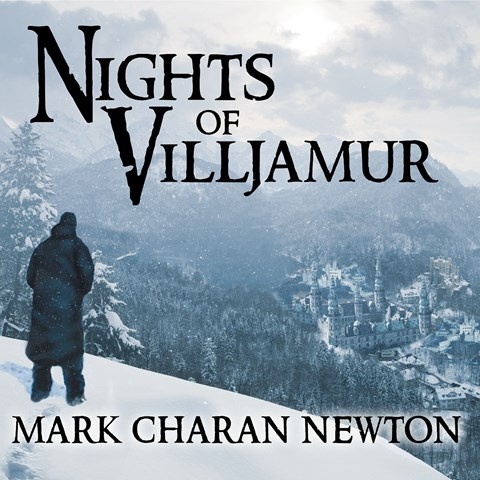 NIGHTS OF VILLJAMUR Legends of the Red Sun, Book 1

A new ice age is approaching in this first book in a new series. Randur comes to the center of the empire in an attempt to raise money and convince the “ritualists” to provide a cure for his mother’s fatal illness. The plot, which is as gloomy as the landscape, is filled with murder, political intrigue, and a disintegrating society. Steven Crossley doesn’t let it get him down as he tells the story with quiet enthusiasm for each strand of the complex plot. His voice keeps listeners anchored to the shifting plot, and he uses an extensive store of voices and accents to distinguish characters and their races. Overall, his storytelling style is conversational and animated, yet intimate. J.E.M. © AudioFile 2010, Portland, Maine [Published: SEPTEMBER 2010]